SHATTERED: Is Minnesota a Sanctuary State for Predators?

Would you help us with a generous gift to CPLAction so we together can continue the mission to protect our children from exploitation, indoctrination and violence? Go to Donate to CPLAction.

Why the Protect Minnesota’s Kids Act? 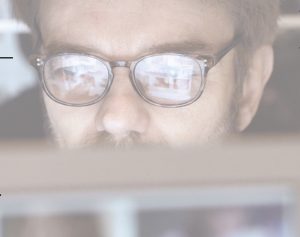 Minnesota has decriminalized the trading in images and videos that depict the sexual abuse of children. 74-86% of predators caught and convicted of possessing distributing and producing child sexual abuse imagery receive only probation, with minimal to no time in prison. These are online materials that depict the violent abuse, torture and rape of young children-even toddlers.

Through a stay of adjudication or probation, they enjoy no prison time, no identification as a sexual predator and no public record of criminal offense.

Law enforcement report that in order to order to get these predators off our streets in Minnesota, they must get the federal government involved to prosecute them at the federal level. They also report being demoralized by Minnesota prosecutors and courts consistently failing to take meaningful action to fix this problem. Incredibly, the section of Minnesota law which addresses this problem, isn’t even in the criminal section of the Minnesota code!

But every predator trading in these materials is a danger to children, and many are hands on offenders. Data shows that 55% of predators in possession of these kinds of violent images and videos are actively abusing a child at the same time.

This is wrong and dangerous. That’s why we need you!

Three times legislation has been introduced to raise the MN sentencing guidelines to the federal sentencing level, in 2017, 2019, and then again in 2021. House File 229 and HF 226 were introduced in the Minnesota House of Representatives during 2021-22 legislative session by Representative Matt Grossell. To date, neither bill has even received a hearing!

Specifically, the proposed bills will:

We need your voice!

First, let’s be clear what we are talking about. The 2021 Minnesota Sentencing Guidelines Commission defined child pornography as “images [which] frequently depict children, toddlers, and infants being sexually assaulted, physically abused, tortured and humiliated.”

With this in mind, Minnesota has identified three types of child pornography crimes:

Possession of images and videos depicting this content is considered the least serious of the three crimes. It is the charge prosecutors file the most. Convictions for possession crimes receive probation 86% of the time according to recent statistics.

Production of child sexual abuse imagery is the most serious of the three crimes. According to the Minnesota Sentencing Guidelines Commission 2021 report, there were only 19 convictions for production crimes of which 74% received probation only. Cases of production, since they involve criminal sexual conduct, may more often be taken up by federal officials rather than state. This may account for the low number of convictions in the data which tracks exploitation of minors.

Production also involves Criminal Sexual Conduct (CSC), which is the sexual assault of a child. Offenders are given a stay of adjudication (probation) and no prison sentence 50% to 60% of the time for convictions of criminal sexual conduct according to the Dangerous State of Justice Report 2016 (PDF).

The most recent data available from the Minnesota Sentencing Guidelines Commission report of 2021 states that 74-86% of all convictions for possession, dissemination and production of child pornography get probation only with little or no time in jail.

Where does this data come from?

The data comes the Dangerous State of Justice Report 2016 (PDF) from the The National Association to Protect Children (NAPC), a national child protection group who has passed countless laws at the state and federal level to protect America’s kids. They spent tens of thousands of dollars to compile data on Minnesota sentencing from 2001 to 2016. Based on this data, some lawmakers tried to toughen Minnesota’s laws, but ran up against bipartisan indifference in the Senate and resistance from many county attorneys.

Did the legislature do anything based on NAPC’s data?

Very little. Only superficial changes were passed but nothing focused on the real issue, prosecution and sentencing.
Inside the uphill battle in St. Paul to create tougher penalties for child predators