On October 14, 2017, Hamline University hosted a seminar by Michael Abraham from Abraham Educational Services on how public schools can increase “engagement of Muslim students with culturally relevant pedagogy” and “honor their cultural identity in the classroom.” Almost 30 teachers showed up at $99 a head for a six hour seminar and Continuing Education credits. A follow-up seminar is scheduled for January 20, 2018.

What is “culturally relevant” Muslim pedagogy?

Muslim “culturally relevant pedagogy” is teaching the religion of Islam. Because Muslim “culture” is Islam, the two are inseparable. This course promises to instruct teachers how to “honor” the Muslim culture in the classroom, which means teaching students to “honor” the religion of Islam. Michael Abraham, the instructor, does not simply teach about Islam; he recommends materials for classroom use that teach how to become a Muslim. This is advocating!

Teaching students respect for all people can never, under the guise of diversity, be a mandate for them to honor and imitate the rites and customs of a religion they believe is false.

“[This seminar] will provide teachers with narratives and perspectives that are currently absent in the educational curricula and practice of teachers; but can be utilized to engage Muslim students in academics, honor their heritage and identity.”

“What others have said: He provided useful tools and strategies to support culturally relevant texts and resources for Muslim students as well as tools to support cultural understanding and tolerance for all.” Engaging Muslim Students in Public Schools 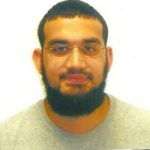 Who is Michael Abraham?

Michael Abraham’s background with the Islamic University of Minnesota (IUM) and Council on American Islamic Relations (CAIR) points to a Sharia-based perspective of Islam. Sharia is a comprehensive plan for society originating in the Quran. It is considered a non-optional legal code ordained by Allah. Violating Sharia is considered rebellion. Sharia orders society at every level, since, in Islam, there is no separation between religion, politics, the legal system and military conquest.

Located in South Minneapolis, IUM is “accredited by the Ministry of Education in Somalia. IUM also has mutual recognition with more than 41 Universities in Indonesia and around the world.” (IUM Accreditation)

The President of IUM is Waleed Idris al-Meneesey, also the Imam of the Dar Al-Farooq Islamic Center in Bloomington, Minnesota—a controversial mosque caught up in radicalized youth joining up with Islamic fighting forces in Somalia. Waleed’s teachings mandate strict Sharia law only. In one paper he authored, Waleed writes:

Is an individual trained in Sharia-compliant culture, law and politics a person to be instructing our teachers? Clearly, Sharia-compliant ideology undermines the legitimacy of U.S. law and government in the minds of its followers, since the U.S. Constitution and legal code are not governed by the Quran. To the contrary, U.S law and culture recognize the fundamental principle of a distinct separation between American government and specific religious denominations and sects.

In his seminar, for example, Michael Abraham recommends that schools provide rooms for Muslim students to pray and other Muslim observances, such as foot washings. We are aware that many public schools are in fact setting up Muslim prayer rooms with prayer rugs, and that Muslim students are being excused from class for prayer. At the same time, Christian symbols, such as the cross, cannot be displayed, as they are an offense.

Some insist that schools already teach about Christianity the same way that we must teach about Islam. Unfortunately, this is not at all the case in our schools today. History standards regarding teaching about Christianity are generally negatively skewed toward a perverse depiction of the Crusades, the Salem witch trials, and the Amish. The fundamental message of a Savior who died an innocent death on a cross to save sinners is missing.

In contrast, Muslims review and endorse textbooks for their acceptability, a process described by the American Textbook Council. Dr. Gilbert Sewell published information about this over ten years ago, and it’s doubtful much has improved since then:

Curriculum in Our Schools

“The Middle East Studies Association (MESA) has sought to bring textbooks into conformity with the prevailing prejudices of university specialists, whose own biases run strongly to apologetics for Islamism and identification with Arab and Palestinian political causes. The latest review (1994) endorsed some textbooks for their sensitivity to Islamic themes and criticized others for their “Euro-American” perspectives.[1] Textbook publishers take such criticism seriously, coming as it does from the leading organization of Middle East area specialists.”

“On significant Islam-related subjects, textbooks omit, flatter, embellish, and resort to happy talk, suspending criticism or harsh judgments that would raise provocative or even alarming questions.”

Islam and the Textbooks: A Report of the American Textbook Council

Minnesota schools are not allowed to assign literature that overtly promotes Christianity. Yet literature promoting Islam is being used here as a deliberate propaganda tool for “cultural understanding.” 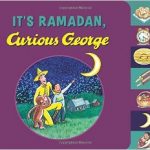