Top
You are here: Home / CPL Article / Teachers must demonstrate a Marxist worldview to obtain their teaching license

The Minnesota teacher licensing board is called the Professional Educators Licensing and Standards Board or PELSB. Each board member was appointed by Gov. Walz and PELSB is putting the finishing touches on new teacher licensing requirements.

The new standards will embed basic Marxist principles and practices such as critical race theory (CRT), fluid sexual identity, and gender politics into all Minnesota schools.

Standard Marxist practices and dogma divide people into opposing groups so that students and teachers must view themselves not as individuals, but as members of groups—oppressor groups or oppressed groups, and oppressed groups must be liberated from the exploitation of their oppressors.

When formally adopted, the new requirements must be met to become or remain licensed to teach in Minnesota, including teaching in Early Childhood Family Education (ECFE) from pre-natal on, and Adult Basic Education, Rule Draft RD4615 – key language is highlighted in yellow. Since nonpublic schools generally hire licensed teachers, these standards will apply to them as well.

Below are some of the new licensing standards.
(Our commentary on the meaning and significance of the standards follows in paranthesis).

Every CRT and gender fluid buzzword is embedded into the standards, and they are required to be incorporated into the instruction. Italian Marxist, Antonio Gramsci, said that people are “trapped in a prison-house of language.” Because language determines how people think, he emphasized that we must change the language of the culture in order to usher in the Marxist revolution. 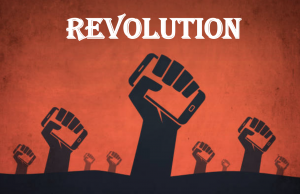 In summary, the new licensing standards will force every Minnesota teacher and school to become Marxist revolution indoctrination centers.

It’s time the public is informed about what is going on.