“Who wants to be a drag queen when they grow up?”

That’s the question little children attending “Drag Queen Story Hour” (DQSH) at a public library in New York last year were asked by a man dressed as a woman. 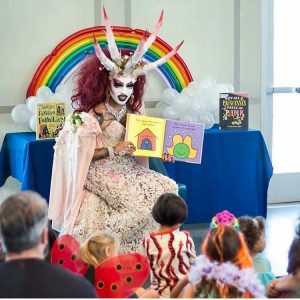 “Drag Queen Story Hour” is the brainchild of Michelle Tea and RADAR Productions in San Francisco. Drag Queens for story hours has exported its toxic San Francisco roots across the country through the American Library Association network, and this training-kids-for-deviance has now surfaced in Minnesota!

Youngsters all over the United States are being exposed to this garish and unnatural lifestyle. These presentations and others claim to capture “the imagination and play of the gender fluidity of childhood and give kids glamorous, positive, and unabashedly queer role models.” They want kids to see people who “defy rigid gender restrictions and imagine a world where they can present as they wish”. Target audiences are children ages 3-8.

Hiding behind the banner of ‘inclusiveness’, young impressionable children are being exposed to sexual confusion and perversion before they can even read or grasp any understanding of human sexuality.

Are we to conclude that “inclusiveness” of anything and everything is virtuous? Or should we state the obvious—that some things are flat out dangerous and should be deliberately excluded? The photos of the little ones pictured on their own website look wary, confused and conflicted—anything but safe. About Drag Queen Story Hours

Drag Queen Story Hours generally include 45 minutes of stories and crafts and close with a big “dance party.” And the drag queens will pose with children for pictures! Children’s librarians train the Drag Queens to sing children’s songs, lead children in craft activities, and read children’s books. 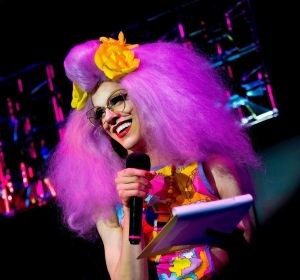 You can be sure they won’t be reading Little House on the Prairie! According to their website, the books will be “a mix of surefire read-alouds and books that explore gender diversity and difference,” aimed at “pre-schoolers and school-age kids.” Take a look at their choices at Library Catalog.

The St. Paul Public Libraries advertise the events as “glitz, glamor and stories” with each event featuring “two performers who will read stories, sing songs, and strut their stuff for an over-the-top story hour”.

St. Paul Public Libraries call their event suitable for babies to adults and will feature two local
performers, Utica Queen and Sasha Cassadine. You might want to look at their facebook pages. 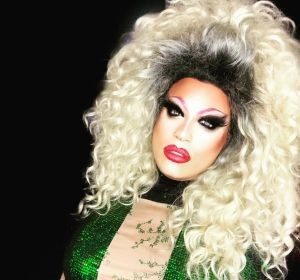 Why do some people want drag queens reading to little kids? According to Chad Kampe, a major promoter of DQSH, “Drag pushes people to break boundaries… to broadcast and share who we are with the world.”

It normalizes depravity in front of an innocent, captive audience of impressionable young children.

According to their website: Drag Queen Story Hour “teaches children to embrace gender diversity in themselves.” Then they invoke the “anti-bullying” pretense as cover to import sexual deviance and promiscuity into every public school in America.

“LGBTQ children need role models, and all children should learn to embrace gender diversity and learn empathy.” Translation: we’re indoctrinating your kids whether you like it or not.

Since the Drag Queen Story Hour people know some parents will resist the entire event as at least confusing for their children, they recommend the following resources: Sez Me, Gender Spectrum, GLSEN, and PFLAG. All of these sites push and advocate for radical gender confusion.

This new summer story time is appalling and dangerous. It has NOTHING to do with instilling a love of reading in children. It is a blatant effort designed to indoctrinate very young children into accepting, internalizing and normalizing unhealthy lifestyles and behaviors at taxpayer expense.