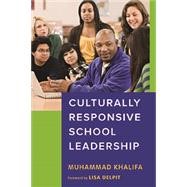 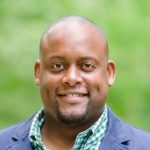 Muhammad Khalifa specializes in controversial school “Equity Audits. “Equity Audits” are a covert strategy used to insert Critical Race Theory (CRT) into schools by setting them up for “equity” curriculum which views every aspect of life through the lens of a power conflict between races. Khalifa has conducted equity audits in many major metro districts including Eastern Carver County which resulted in massive public backlash. School Equity – Eastern Carver Co. Schools Exposed (18 minute video)

Employees of the West St. Paul District 197 attended along with about seven other district teams at the Richfield High School.  Was your district participating?

Examples of Handouts Used During the Training

Expressions Of Whiteness: An Overview

But it’s not just race.  For Khalifa, it’s also about Islam.

In his publication, Islamophobia and Christian Privilege: What Educators Must Know (PDF), Dr. Khalifa claims that “Islamophobia is one of the most widespread, rapidly-growing, and tolerated types of oppression in school and society today.”

Islam he explains, is a unified “way of life” and is unlike American culture and Western European religions which separate faith from government, schools and civic engagement.

Islam, Khalifa writes, is “community,” not the “individual epistemologies” of America. Islam’s “approaches to learning, the purpose of education,” even what are legitimate “sources of knowledge” and “what counts as knowledge” are not America’s culture. He claims this causes Muslim students to experience alienation and discrimination.

The survey asked many loaded questions. Questions such as: Do you believe that everyone shares some of the blame for racial inequities, including teachers, parents, administrators, and students? and How often does your child experience discrimination because of race, sexual orientation, gender identity, disability, or income?

The survey asked the parents if their child was “transgender, gender queer, gender fluid or unsure,” and then asked the parents the same question of themselves.  The students were surveyed without parental consent. It is likely that all the same questions were included in the students’ survey, because many students reported being confused by questions about gender and identity.

This is Critical Race Theory in action. Multiple “equity consultants” are invited into our local schools and subject our students and teachers to anti-American rhetoric, gender identity confusion, and the incredibly racist and divisive views of CRT.

Child Protection League has compiled a partial list of the numerous “Equity Consultant” entities local schools are hiring. Taxpayers are paying tens of thousands of dollars to these “consultants” who come to pit our students against each other and label them as victims or oppressors. Let us know if you can add to that list of consultants.

Why are school superintendents requiring administrators, teachers and students be subjected to anti-American indoctrination that is destructive to our communities and our nation?

Parents and taxpayers are asking these hard questions. When community groups organize and do their homework, administrators and school boards find egg on their faces. Equity Alliance Minnesota was just kicked out of the Sartell school district, because parents demanded to see the equity audit questions their students were subjected to. ‘Scammed’: Sartell district cuts ties with equity group.  Equity Alliance refused. Parents discovered that Equity Alliance violated federal and state laws in the way they conducted their audit. Parents also filed data requests to uncover how the audit was funded. It turns out it was funded with federal COVID relief funds.

Why are school boards and superintendents not vetting these scams? Think about that for a moment…the Sartell school district gave CRT operators $80,000 of federal COVID relief money!