The Minnesota Department of Education (MDE) is only weeks away from distributing a state directive to ALL Minnesota schools to allow boys and girls to share bathrooms, locker rooms, and showers according to their perceived gender identity. Called Toolkit to Ensure Safe and Supportive Schools for Transgender and Gender Nonconforming Students, it even goes so far as to direct schools to house students according to how they identify for overnight accommodations when sports teams travel! And no parents or students are required to be notified in advance!

YOUR ACTION NOW CAN STOP THIS!

Last year the Obama administration issued a “legal guidance” mandate to all schools in the country threatening to withhold federal school funding from districts that did not permit students to use bathrooms, showers, locker rooms and overnight accommodations according to their perceived gender identity.

That lawless directive was overturned in February by President Trump. The federal Department of Education withdrew its false interpretation of federal law, acknowledging that separating students by biological sex is not “sex discrimination.”

Yet, this pending MDE “Toolkit” is basing its directive entirely on Obama’s overturned transgender school mandate. The Toolkit deliberately misleads school boards, administrators, principals, and teachers into believing that they are required by law to implement this radical gender policy. Though it states once that the 2016 Title IX Obama Guidance was rescinded, the Toolkit continually quotes the 2016 Guidance as if it is still in effect, quoting such language as “should” and “must”, and couching the Toolkit in terms such as “Best Practices” and “2016 Title IX Guidance.”

Furthermore, all the extensive documentation and resources the Toolkit references are solely from groups promoting a one-sided and destructive view of gender. Most troubling is that the MDE has wholly adopted the position of all of these groups, teaching that gender is based upon feelings, not biology. The Department is incorporating and enforcing an extraordinarily harmful ideology on our children.

In fact, through these policies and this ideology, MDE is violating its own bullying policies by creating an extremely hostile environment for students and adults who reject—on a scientific basis and/or a moral basis—that gender ideology is dangerous to children. The MDE is opposing the will of the overwhelming majority of Minnesota parents and taxpayers by forcing this toolkit and this unscientific, radical view of sexuality on our schools. CPL is receiving increasing reports from parents, teachers, and students that, when they do not adopt and affirm gender fluid thinking, they are being harassed, bullied, called bigots and haters, and intimidated into conformity.

The draft copy of the Toolkit was released at a Tuesday, May 2nd Safe & Supportive Technical Assistance Council (SSTAC) meeting. No one but the LGBT activists present, who showed up in force, appeared to be in on the plan. CPL faithfully monitors public meetings of the agencies that were created by the 2014 “Bullying Bill.” But we, like the rest of the public, were blindsided. We were able to take a copy with us, but a search on the internet for an online version came up empty. Nor could we find any requests for public input on the Toolkit.

How is the public able to comment on this document when no one except the LGBT activists knows about it? For this reason, CPL has posted the Draft Tookit on our website. Now you can comment, too!

According to the Council meeting on May 2nd, they will take public comments on the Toolkit for only two weeks, with final approval to be scheduled for two weeks after that. The publication goal date is June 30th. This aggressive timeline allows the SSTAC to distribute the Toolkit to all Minnesota schools while Fall school planning is in full swing.

And the gender activists are standing by, ready to use this Toolkit as a hammer to bully and intimidate school boards across the state! 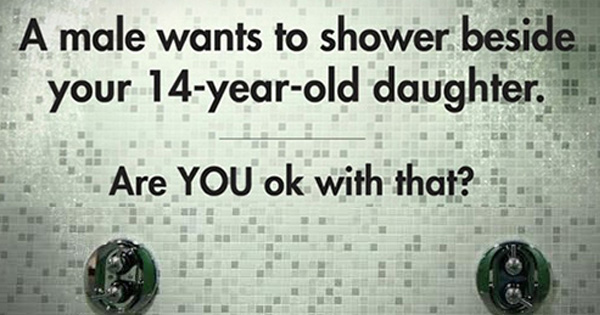