My 8th grader came home from the Milaca Public Schools in Minnesota and told me that in his English class, the new student counselor was given the entire hour to teach the class about “MINDFULNESS” that is part of the new Social Emotional Learning (SEL) curriculum. This counselor is scheduled to continue teaching this lesson to many other classrooms. 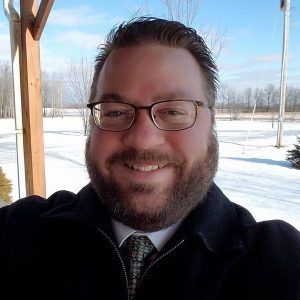 The class was first given different exercises to isolate and focus on their senses of touch, sight, hearing, and smell (taste was not included). They were then taught about mindfulness. Sadly, we don’t know exactly what was taught because there was no assignment given; however, two videos were shown to the class. My child was able to quickly verify the exact videos that were shown by finding them on YouTube.

In the first video, an NBA team edifies ZEN (6 sec. mark) meditation and mindfulness and teaches our children the many benefits that can come from it. At the 14 sec. mark, Phil Jackson spreads incense around the locker-room. This was an actual religious ritual being seen by our children. The video then shows the team doing yoga (Hinduism and Buddhism). Again, actual footage of a ritual that Christians are commanded to avoid. The video continues by showing actual footage of Kobe Bryant (who was a practicing Buddhist) meditating. This is what Jackson said at the end of the video, “We taught the team how to hold their hands and where their shoulders had to be.” Is this what our Christian children should be learning in public school?

The second video basically teaches a new type of religion based on Zen concepts. As an exercise to show how religious this video truly is, replace the word “mindfulness” and “meditation” with “Jesus” and “church” whenever you hear it. This is the very dangerous part of SEL that our teachers were saying was never going to be taught in our school. It is called, “Transformative Mindfulness Education” (found at 23 sec. in clip). Instead of teaching academics, the true goal of SEL is to teach religion masked as something else.

What Is Buddhist Meditation? “Buddhist meditation practices help meditators cultivate core values of awareness, tranquility, and insight. According to Buddhist philosophy, when we understand our mind and emotions better, we can work with our actions and reactions in a way that leads to well-being and happiness – our own and the well-being of those around us. And the more we appreciate the importance of others’ well-being and happiness, the more we experience compassion and love. Mindfulness is the key.”

Mindfulness in Hinduism: “Though it’s commonly thought that the origins of mindfulness practice lie in Buddhism, the history of mindfulness actually goes much further back than that and can be linked to the yogic practices of the Hindu people.”

As a parent of a child in the school district, I find it urgent to share this information with parents. What is illustrated above is one of the SEL lessons. Our children should not be forced to be in any room where they are teaching Hinduism and New Age Enlightenment while passing it off as education.

Earlier this month, I warned Milaca parents of the dangers of SEL and many teachers were quick to defend it. They guaranteed me, that the “bad parts” of SEL were not being used in Milaca. I also have had various conversations with the superintendent who continues to assure me that only the “good parts” of SEL are in Milaca schools. In his defense, he may not have known that these videos were being played. We will see how he responds as I do believe he is a good leader.

With that said, I am calling for the entire SEL program to be removed from Milaca Public Schools. Yes, there are “good parts” to any curriculum, but in this case, the dangers far outweigh the rewards. There is no way to filter what each individual teacher will find online and share. Moreover, I believe the core of SEL is intertwined with religious concepts at a foundational level. I believe the school is opening itself up to future lawsuits as children make religious and faith choices that are promoted by the school that differ from their parents’ religion.

I would suggest that if this issue is not resolved quickly that we as parents need to stand together and show our school district that we love our children and are ready and willing to protect them at all costs. We prefer not to have to resort to walkouts, protests, or last resort, helping parents find alternative educational options. Hopefully, our school will take these things seriously.

Many parents were “up in arms” that I had the audacity to call out a Milaca guidance counselor who made our children watch a video of a famous practicing Buddhist “meditating in an outdoor temple” with the goal of teaching our children to do the same under the guise of mental health. Sadly, parents were never even told that this was going to take place.

This was taught by a paid staff person who was not only teaching about a specific religious practice but encouraging students to take on the lifestyle that was being taught. By definition school officials were engaging in the proselytization of underage and vulnerable children without the consent of parents.

What does it mean to Proselytize?
Proselytizing: “the action of attempting to convert someone from one religion, belief, or opinion to another.” Under the guise of mental health, New Age and Zen religious practices are being woven into the concept of social emotional learning. The entire concept of mindfulness has no foundation outside of spirituality. In this way, the core of mindfulness teachings within SEL directly goes against the constitution whereas public schools must remain religiously neutral.

To be clear, just because you say something isn’t religious doesn’t make it so. Teaching children forms of meditation is a religious activity and must not be allowed in our public schools.

The American Civil Liberties Union states: “When public school officials disregard the U.S. Constitution’s mandate of religious neutrality, they not only violate students’ rights to remain free from government-imposed religious viewpoints, but also usurp their parents’ rights to decide and direct the religious upbringing of their children. The ACLU works to ensure that all students, regardless of faith or belief, feel safe and welcome in our public schools so that they may obtain the quality education necessary to pursue their dreams.”

Here is a quote from the U.S. Department of Education: “The line between government-sponsored and privately initiated religious expression is vital to a proper understanding of the First Amendment’s scope. As the Court has explained in several cases, “there is a crucial difference between government speech endorsing religion, which the Establishment Clause forbids, and private speech endorsing religion, which the Free Speech and Free Exercise Clauses protect.” The Supreme Court’s decisions set forth principles that distinguish impermissible governmental religious speech from constitutionally protected private religious speech. For example, teachers and other public school officials, acting in their official capacities, may not lead their classes in prayer, devotional readings from the Bible, or other religious activities, nor may school officials use their authority to attempt to persuade or compel students to participate in prayer or other religious activities.”

America has fought long and hard to take the Christian God out of the classroom. Therefore, we now call upon the same laws and intentions to protect Christians from having their children indoctrinated into Zen philosophies and rituals.

The schools in Minnesota have a decision to make. With MN on the verge of possibly turning red and conservative lawmakers eager to push through legislation to allow tax dollars to follow students, the response of our superintendents and school boards will help to determine if Christian parents choose to keep their students in public school or send their tax dollars to schools that protect their children’s belief systems.

My concern and goal is to protect ALL children (of any faith) from being exposed to, participate in or even forced to accept other religions in public school.