Top
You are here: Home / CPL Article / Is Comprehensive Sex Ed on the Map? 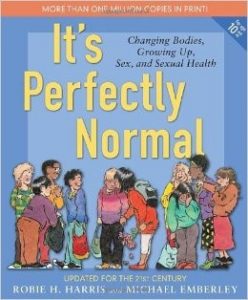 Every Democrat in the House, with two exceptions, voted to make CSE educational law. Governor Walz also supports it. Thankfully, the Senate refused to accept it, so the mandate did not pass. YET!

So where does CSE stand right now? This vote tells us that if these DFL legislators are re-elected this election, they will pass CSE next session. And if Republicans lose control of the Senate, CSE will easily become law in Minnesota.

Comprehensive Sex Education is graphic content with explicit instructions about:

The CSE mandate is a Planned Parenthood creation that would also allow unlicensed Planned Parenthood workers into the classroom to teach. The largest promoter of CSE, Sexuality Information & Education Council of the U.S. (SIECUS), calls CSE a “culture shift,” and strategy for “social change.” In fact, on their website they state: “sex education has the power to spark large-scale social change… Sex ed sits at the nexus of many social justice movements—from LGBTQ rights and reproductive justice to the #MeToo movement…”

Is your Republican candidate challenging his or her incumbent on this issue? If you have an incumbent Republican, are he or she telling the public about the horrific CSE mandate and their vote to stop it? Are they warning their constituents that many of our Minnesota schools are already teaching this in the classroom?

Friends, CSE is a war against children. Let’s just call it what it is. Tell the public what the leftists are doing to our children. If candidates are afraid to campaign on this issue, how can we count on them to follow through if elected? It’s not enough for them to vote right. Candidates must stand against CSE and expose it!

Contact your local candidates. Let them know you expect them to be vocal, to speak up, to make this one of their central issues this election. This is the most powerful issue they have and it’s a winning one. This is why incumbent CSE supporters go ballistic whenever the issue is raised!

You can help to make CSE a very public issue by distributing our CSE Handout (PDF) door to door. Print them or order them from us at kelly@cplaction.com. Be sure you take every opportunity to tell them which candidates are protecting kids from CSE and which ones would
force CSE on our children.