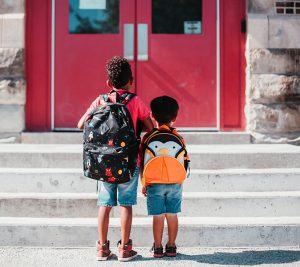 CRT calls the values and foundational principles which form our constitutional Republic of America inherently racist and evil. They are denigrated as “white privilege,” “whiteness,” and “white fragility.”

CRT divides everyone by skin color and portrays all minorities as victims. Whites are portrayed as victimizers and racists, ignoring the fact that it is actually racist to divide and pit people against each other by skin color!

CRT is rooted in Marxism, using ‘race’ as its battering ram to overthrow our form of government and institutions. Historic statues are ‘oppressive’ and must be torn down, as well. This blind rage includes statues of famous abolitionists! CRT is cult-like in its demand for submission to its dogmas. White people who don’t kneel before Black Lives Matter are vilified and disgraced.

CRT indoctrinates our children to view the world through a lens of racial exploitation, not individual character. The young “anti-racist” and mostly white, angry rioters, bent on destruction, believe they are purging themselves and our nation of “whiteness.” They must agitate because anything less is “complicity.”

CRT can be traced back to ‘Transformational Education’ which has been embedded into teacher training and curriculum for decades. Educational core curriculum has transitioned away from academics and into social activism. We now see school board members, superintendents, principals and teachers coming out of the closet as full social justice race warriors! “We need to examine the role that whiteness plays in our macro-system of white supremacy,” Hopkins Superintendent Rhoda Mhiripiri-Reed proclaimed to incoming teachers and staff.
Transformational Education (video 37 minutes)
Hopkins superintendent: ‘System of racism pervades every aspect of daily existence’

“Let your revolution come through your instruction and your education,” said Mauri Friestleben, Principal of North Minneapolis High School.
Mauri Friestleben provides some insight for teachers regarding race (KARE11 video)

“I will interrogate my whiteness and my anti-blackness…I will reflect on my own fragility and defensiveness. And I will create a culture where talking about race and confronting systems of whiteness is the norm,” Intermediate District 287 Superintendent Sandra Lewandowski recently told her staff.
Superintendent tells teachers to find another job if ‘indifferent’ to ‘anti-racist work’

Because everything is now a war against white privilege, even math is called out as racist. According to a new anthology for math teachers by a University of Illinois professor, algebra and geometry “perpetuate unearned privilege among whites” and “mathematics itself operates as whiteness.”
Prof: Algebra, geometry perpetuate white privilege

The Seattle Public Schools Ethnic Studies Advisory Committee states math is “subjective and racist” in its proposed Math Ethnic Studies framework. They ask, “Who gets to say if an answer is right?” and “How is math manipulated to allow inequality and oppression to exist?” They don’t explain how dismissing right answers as “racist” will prepare our youth for careers and opportunities which require them.
Seattle Public Schools Say Math Is Racist

Again, this is not new. Back in 2005, the book America’s Schools: The Battleground for Freedom, exposed “multicultural math.” The theory was that mathematics was inherently racist and so we needed to invent a new system. Could there be any correlation between current events in Seattle and their “anti-racist” curriculum of the past 15 years?

CRT has become a cultural obsession. It is warping the hearts and minds of our children. White children are condemned with false guilt and self-hatred, and minority children are told they are victims and can’t succeed without taking from others. It breeds nothing but hatred, contempt, and violence.

On September 3, the Trump administration issued a memo denouncing ‘equity training’ within the federal bureaucracy. The Presidential memo included this paragraph:

“The President, and his Administration, are fully committed to the fair and equal treatment of all individuals in the United States. The President has a proven track record of standing for those whose voice has long been ignored and who have failed to benefit from all our country has to offer, and he intends to continue to support all Americans, regardless of race, religion, or creed. The divisive, false, and demeaning propaganda of the critical race theory movement is contrary to all we stand for as Americans and should have no place in the Federal government.” [Emphasis added.]

If this is true for adult employees, it is absolutely true for vulnerable children whose worldviews and self-identities are undeveloped.

Is your child enrolled in a school that tells children the phrases ‘all lives matter,’ ‘American exceptionalism,’ and the celebration of Columbus Day are examples of white supremacy and racism?

Do your school board members support BLM and promote CRT curriculum?

Remember when Barack Obama said he would “fundamentally transform America?”

This is the end goal of CRT curriculum. It is to transform America into a Marxist state by destroying the old narratives of Columbus, George Washington, the Constitution and the rest—and replacing them with the new narrative that “America is a dirty, racist, society that must be transformed (into the Marxist utopia).”

The 2020 election could not be more serious. Know where your candidates stand. Help those who are proud of our country. Oppose those promoting a Marxist revolution under the guise of racial healing. And work for your candidates like you’ve never worked before. Remember that Marxists don’t believe in family, freedom, God or individual liberty.

America stands for all those things which makes America the last great hope and the land of true opportunity.